Doors open half an hour before showtime!

Cole Porter’s Kiss Me, Kate is a musical comedy set in 1950s Baltimore, Maryland. A “show within a show,” the play portrays nearly every cast member in two different roles: as an actor in a traveling vaudevillian theatre troupe, and a character performing a musical production of William Shakespeare’s The Taming of the Shrew.

In Kiss Me, Kate, egotistical director and producer Fred Graham plays Petruchio opposite his movie-star ex-wife, Lilli Vanessi, who is playing Katherine. Their constant arguments include the fact that Fred is pursuing Lois Lane, a younger actress playing Bianca. After the troupe rehearses for the evening’s opening show, we meet Bill, Lois’s boyfriend who plays Lucentio. He missed the rehearsal to gamble away a large sum of money. Lovers’ quarrels and the arrival of two gangsters looking to collect their pay ensue. 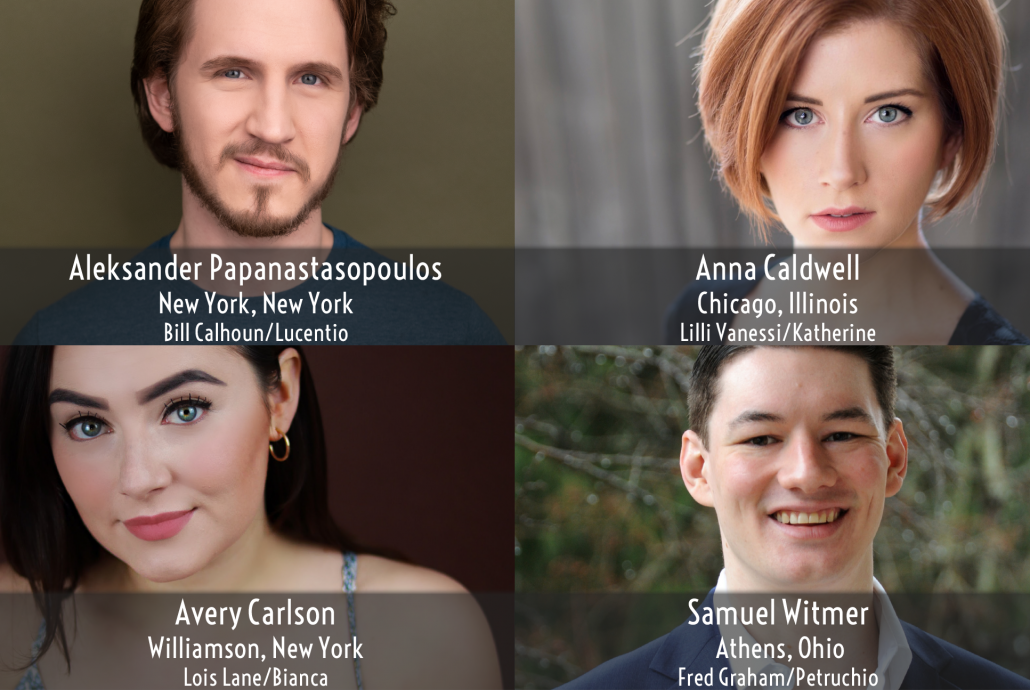 Music and lyrics by Cole Porter. Book by Bella and Sam Spewack.

KISS ME, KATE is presented by arrangement with Concord Theatricals on behalf of Tams-Witmark LLC.
www.concordtheatricals.com