Peoples Bank Theatre is excited to announce our inaugural series of concerts in our newly-restored historic hall.

The Winter-Spring 2016 Spotlight Series features 10 performances, encompassing a mix of music, comedy and dance. Tickets will go on sale to the general public at 12:00 noon on December 1.

Beginning 12:00 noon December 1, tickets may be ordered online at peoplesbanktheatre.com or by calling the box office 740-371-5152.

We are currently looking for a part-time Bartender. Candidates should possess knowledge of drink preparation in a wide variety of applications, a strong commitment to quality service, a very high standard of excellence, and an awareness of local, state, and federal health and sanitation laws. Must be able to stand for long periods of time, and have the ability to lift up to 35 pounds.

Peoples Bank Theatre is looking for a part-time Box Office Manager and part-time concession and box office employees. Hours are flexible and will include weekends and evenings.

Looking for something special for that someone special? Give the gift of live entertainment! Peoples Bank Theatre gift certificates allow that person on your list to pick the exact shows and tickets they want. Redeemable online or at the box office, gift certificates are available in denominations of $25, $50, $75, $100, $150 and $200.

Tickets for our Grand Opening weekend featuring Cirque-Tacular on January 8 and a Special Acoustic Evening with Travis Tritt on January 9 are now on sale. Ticket sales will be available exclusively through the event listings here on our website and our Facebook page.

PHYSICAL REQUIREMENTS:
The physical demands described in this position description are representative of those that must be met by an employee to successfully perform the essential functions of this job. Reasonable accommodations may be made to enable individuals with disabilities to perform the essential functions. While performing the duties of this job, the employee is frequently required to stand, sit and may lift objects up to 50 pounds. The employee frequently is required to use hands to finger, handle, or feel; reach with hands and arms; and talk or hear.

This position description is not intended to be construed as an exhaustive list of all functions, responsibilities, skills and abilities. Additional functions and requirements may be assigned by supervisors as deemed appropriate. 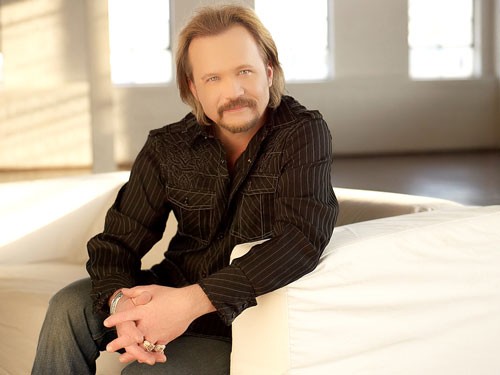 The historic Peoples Bank Theatre is excited to announce its Grand Opening weekend lineup for January 8 and 9. The two-day celebration kicks off with the New York-based acrobats of Cirque-tacular and culminates with a special Saturday evening acoustic concert by Grammy-winning country music star Travis Tritt.

Tickets go on sale to the general public on October 15.

“It is hard to describe how exciting this is,” says Hunt Brawley, Director of the Hippodrome/Colony Historical Theatre Association. “After thirty years we are finally bringing life back to this wonderful theatre, and we are doing it with a bang!”
“We are thrilled to present Cirque-tacular and Travis Tritt on our opening weekend,” Brawley adds. “They demonstrate the talent and wide range of programming we plan for the Peoples Bank Theatre in the future.”

The weekend’s opening by Cirque-tacular is a nod to the historic theatre’s vaudeville roots. Over the last eight years, the Cirque-tacular has given thousands of aerial and ground acrobatic performances throughout the world. Repeatedly praised by critics, for their “mind-boggling artistry and athleticism” and their “great feats of daring at the extreme edges of human capability”, their acts have reached millions live and millions more through appearances on most major television networks. Cirque-tacular’s performers have been hailed as “mesmerizing,” “incredible,” and “truly impressive,” as the cutting edge leaders of the modern revival of American vaudeville entertainment.

As the opening weekend’s headlining artist, Travis Tritt will take the stage where previous country music legends—like Tex Ritter, Kitty Wells, Ernest Tubb, and Randy Travis—once stepped up to the microphone before a Marietta audience.

Travis Tritt’s appearance at Peoples Bank Theatre will be a rare opportunity featuring the multi-platinum artist in an intimate solo-acoustic setting where his powerful voice and his guitar are the subject of the spotlight. The audience will experience an up-close and personal event punctuated by personal stories and anecdotes about his life and musical influences.

Performing some of his biggest hits, including “T-R-O-U-B-L-E,” “It’s A Great Day to Be Alive,” and “Best of Intentions,” the Grand Ole Opry member will bring his award-winning songs to life and leave the audience with a truly memorable experience.

As the restoration of the theatre nears completion over the coming weeks, Peoples Bank Theatre will announce more of events currently in the works for 2016, including concerts, dance performances, musicals, and the annual Colony Film Festival.

Beginning October 15, tickets may be ordered online at peoplesbanktheatre.com.

The application period for this position has closed.

Physical Requirements: The physical demands described in this position description are representative of those that must be met by an employee to successfully perform the essential functions of this job. Reasonable accommodations may be made to enable individuals with disabilities to perform the essential functions. While performing the duties of this job, the employee is frequently required to stand, sit and may lift objects up to 50 pounds. The employee frequently is required to use hands to finger, handle, or feel; reach with hands and arms; and talk or hear.

This position description is not intended to be construed as an exhaustive list of all functions, responsibilities, skills and abilities. Additional functions and requirements may be assigned by supervisors as deemed appropriate. Interested individuals should forward a cover letter, resume and three professional references to becky@nullhipp1919.com by September 15, 2015.

The investment is the largest corporate outlay given to the theatre to date. The funds will be used for the final phase of construction. The investment consisted of acquiring state and federal tax credits to fund the project.

“This is a huge step forward for the viability of the theatre,” said Hunt Brawley, Hippodrome/ Colony Historical Theatre Association director of development. “Without Peoples Bank this would not be possible. We have tried for years to gain credit from national banks for this final phase. That’s been the difference – national versus local. Peoples Bank, a community bank, has made this happen by stepping up when and where others have not. This is a significant investment and we are very appreciative of Peoples Bank’s ongoing support.”

Fundraising for the project began in 2004. Brawley indicated that approximately $2 million has been spent on design, demolition, roof replacement, environmental remediation, and structural repair.

Under the direction of general contractor Grae-Con Construction Company, final construction will take approximately 10 months to complete. A grand-opening, red-carpet event is planned for December.

Sponsorship opportunities (such as naming rights for the lobby, stage, and auditorium) are still available to assist the theatre with long-term operating needs and added value items like state-of-the-art audio-visual equipment, etc. Seat Sponsorships are another way to give. Seat availability can be seen on the website or at the HCHTA office. Charitable donations for the project may be made online at www.hipp1919.com or by contacting the Hippodrome/Colony Historical Theatre Association at 740-373-0894.

“We’re dedicated to the restoration of the theatre and aiding in the revival of Putnam Street. Supporting the arts and culture in this region is a commitment Peoples Bank made nearly a century ago.”

“Seeing this project come to fruition is important for Marietta, Washington County, and the entire Mid-Ohio Valley. We must continue to find ways to elevate our cultural offering –whether it’s performing arts or preserving our historical structures.”

“Schools and colleges have many financial obstacles and are frequently seeking new ways to provide access to a broad range of arts programs. Having access to a premier venue like this will serve to enrich the lives of all students in this region.”

“It is impressive to see a community rally to preserve its historic structures. Peoples Bank and the Hippodrome Colony Historical Theatre Association, along with countless other individuals and businesses, are accomplishing something remarkable with the revitalization of the theatre. I am looking forward to seeing the curtain rise on the first production in the renovated space.”

The festival, sponsored by the Hippodrome/Colony Historical Theatre Association, will be held on March 20 and 21, 2015 in Marietta, Ohio. The Colony Film Festival seeks to develop a strong local film community and encourages filmmakers to share their experiences when introducing their films during the festival. The competition is open to students and non-students both amateurs and professionals with an additional category for local filmmakers (within 50 miles of Marietta).

Awards will be presented for the best film in each category, feature length, short, animated, student, local, and Best of Festival as selected by the panel of judges.